Vienna, April 26, 2021 - Greenpeace CEE welcomes the fact that OMV CEO Rainer Seele will not accept his contract extension option and thus his role as CEO with 30 June 2022. Rainer Seele's retirement as OMV boss follows an avalanche of scandals which, under his leadership, have shaken the Austrianstate-owned company. 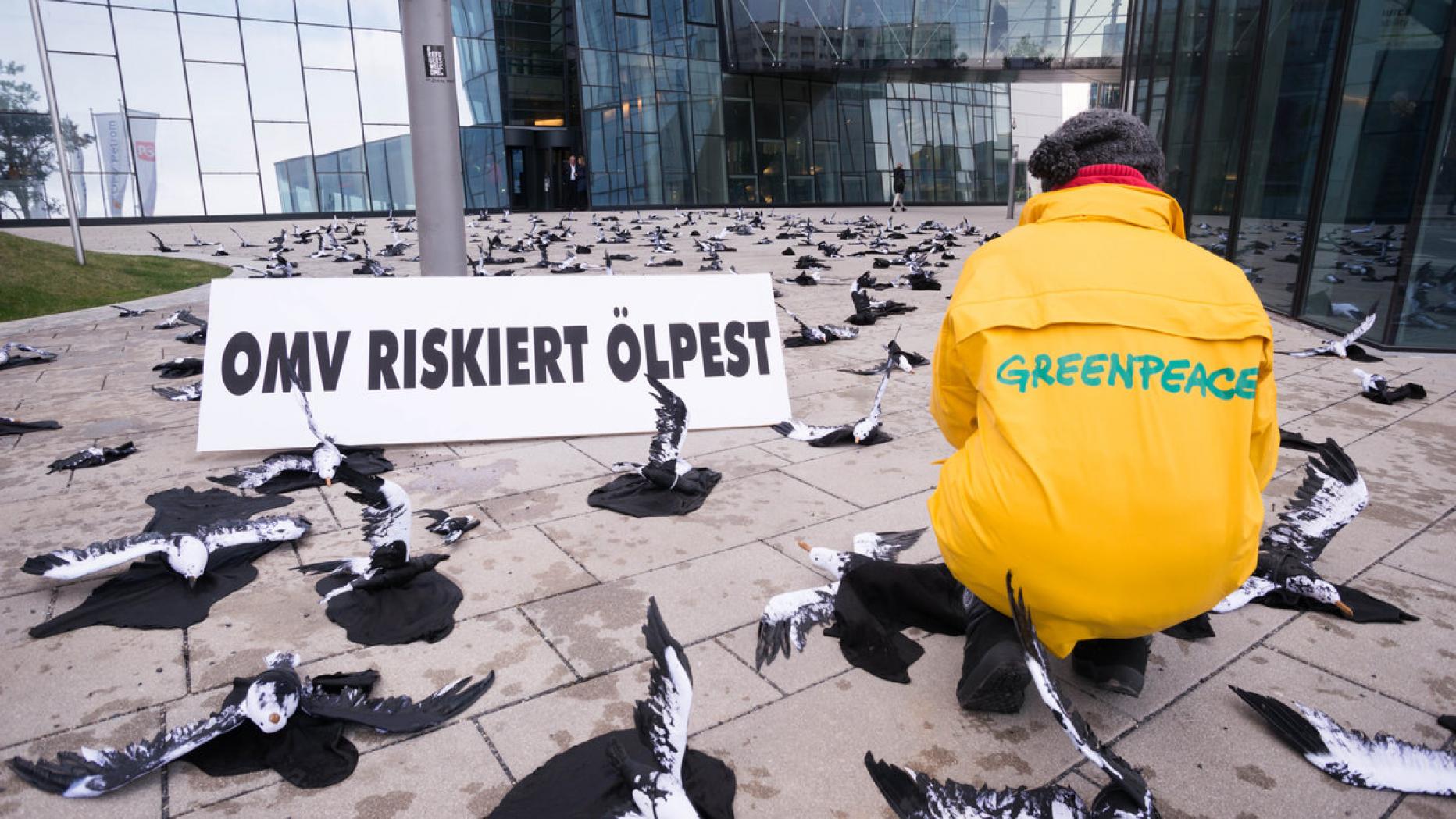 Only recently, Greenpeace CEE and Fridays For Future Austria uncovered that OMV is suspected of monitoring climate protectors. Shortly thereafter, the oil company's lawsuit against intimidation against the investigative medium “Dossier” caused sharp criticism from politics, civil society and national and international media. The departure of Rainer Seele at the top of OMV is a necessary setting of the course for a sustainable and transparent future for the group, according to Greenpeace. The environmental protection organization is demanding a green strategy change from the oil company to a sustainable energy supplier from the next management so that OMV can finally make a real contribution to the end of the climate crisis. The allegations of monitoring climate protection activists must be fully clarified and the lawsuit against the investigative medium “Dossier” must be dropped immediately.

"The withdrawal of oil man Rainer Seele, who is now acting as OMV's “Lame Duck”, is a long overdue step. A manager who ignores the climate crisis and instead lets surveillance companies spy on climate protection activists or intimidates independent media with lawsuits has no place at the top of an Austrian company. The following still applies: The allegations of monitoring climate protection activists must be fully clarified and the lawsuit against the Dossier magazine must be withdrawn immediately,” explains Greenpeace CEE Managing Director Alexander Egit. "The scandals that have accompanied OMV for weeks represent only the tip of the iceberg of the backward-looking corporate policy of Rainer Seele. New management must realign the group and understand climate protection as an integral part of the corporate strategy," demands Egit.

So far, climate protection has only been addressed as a secondary topic at OMV in sustainability reports without triggering any real changes in OMV's strategy itself. This applies to the amount of oil and gas production as well as a diversion of investment flows out of the exploration and production of oil and gas and into promising sectors such as the expansion of renewable energies. International examples such as the conversion of the Danish former oil company Dong Energy to Orsted show that there is an economically successful future after the oil business. Even the largest international players, such as recently the British group BP - with a tenfold increase in investments in renewable energies to 5 billion dollars a year and a significant decline in oil and gas production - are increasingly making drastic changes in strategy away from the climate-damaging oil and gas business. “OMV is facing a serious directional decision. The mandate for the upcoming OMV CEO and Rainer Seele's successor is clear. OMV must be transformed into a sustainable and transparent group: out of oil and gas and towards renewable energies. This is the only way for the group to have a sustainable future in the rapidly changing energy market environment. The supervisory board of OMV owes it to the employees of the group to invest in a climate-friendly restructuring of the group in good time, ”demands Greenpeace CEE boss Alexander Egit.